Newburyport resident Jesse Kalfel will visit the “Morning Show” on January 19th to discuss the documentary, “Dancing On a Volcano,” which tells the fascinating story of his mother’s work with the French resistance during World War II and her eventual escape from Nazi-occupied Europe.
Sponsored by the Newburyport Human Rights Commission and Congregation Ahavas Achim in recognition of International Holocaust Remembrance Day, the film will be shown on January 26th at 6:30 PM at Nock Middle School on Low Street.
At the beginning of World War II, Kalfel’s mother, Nadja Hammerman, worked in Paris as a fashion illustrator. Other family members had faced imprisonment in Austria, and more than 50 of her relatives were sent to death camps.
A “woman of action and a survivor,” as Kalfel describes her, Hammerman helped family members escape to Trinidad with the help of a Chilean diplomat based in Paris, Armando Merino, with whom she became romantically involved.
Together, Hammerman and Merino were able to help many endangered people to acquire identity papers and visas so they could flee to Chile. Eventually, it became too dangerous for Hammerman to remain in Paris, and she fled France for New York, where she was able to resume her career and became a renowned fashion illustrator. She died in 2017 at the age of 105.
As Kalfel says, the film “speaks to the finest of human qualities in the darkest of times.” There will be a Q&A session with Kalfel at the end of the screening.

“The Morning Show” airs Thursday at 9 a.m. on Channel 9 and WJOP (FM 96.3) and live streams on YouTube (at NCMHub.org). After broadcast, click Playlist on YouTube and scroll down. 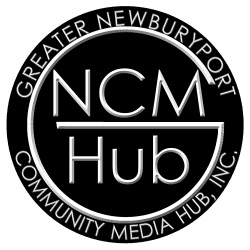