[This update is being distributed on the Packet Post as part of NCM Hub’s Community Media Coalition efforts.]

Washington (December 9, 2021) —  Senators Edward J. Markey (D-Mass.) and Tammy Baldwin (D-Wisc.), members of the Senate Commerce, Science and Transportation Committee, and Representative Anna G. Eshoo (CA-18), senior member of the House Energy and Commerce Committee, and Representative Peter DeFazio (OR-04), chair of the House Committee on Transportation & Infrastructure, today reintroduced the Protecting Community Television Act, legislation to ensure that community television operations continue to receive the resources they need to educate and inform viewers in the cities and towns where they operate.

Currently, local governments are permitted to require, as part of cable franchise agreements, that cable companies meet demonstrated community needs by providing in-kind contributions that benefit schools, public safety buildings, and public, educational, and government (PEG) channels, also known as community television stations. However, in August, 2019, the FCC voted to permit cable companies to assign a value to these contributions and then subtract that amount from the franchise fees the cable operator pays the local community. As a result, local governments have to decide between supporting PEG stations in cable franchise agreements and supporting other important services for critical community institutions like schools and libraries.

“Throughout the ongoing pandemic, viewers in Massachusetts and across the country have relied on community media to stay safe, healthy, and informed,” said Senator Markey. “I’m proud to re-introduce the Protecting Community Television Act because, in this era of increased media consolidation and globalization, it is critical that we preserve the PEG operations that lift up local voices and air the programming that is most relevant to the lives of our family members and neighbors. I thank Congresswoman Eshoo, Senator Baldwin, Congressman DeFazio, and all of our cosponsors for their partnership on this important legislation.”

“Community television is a critical part of our society, giving a voice to nonprofits, artists, local governments, and other community members who otherwise struggle to be heard,” said Representative Eshoo. “The Trump FCC’s actions on cable franchise fees have hurt public, educational, and governmental television, and this harms communities. I’m proud to introduce legislation with Senators Markey and Baldwin, and Congressman DeFazio that reverse these harmful agency actions and protect community television by ensuring local voices have the platform they deserve.”

“As local news sources suffer from budget cuts and are gutted by hedge funds, it is more important than ever to protect community media that provides trusted, localized news,” said Senator Baldwin. “I am proud to support the Protecting Community Television Act to invest in high-quality community broadcasting and ensure folks in Wisconsin and across the country can access the relevant and timely news they rely on.”

“Small communities depend on reliable community media to stay connected, informed, and engaged in the world around them – especially as local communities struggle to be heard in an increasingly globalized world,” said Rep. DeFazio. “However, the Trump-era FCC’s ruling in 2019 undermined the ability of local governments to provide this critical service. When the choice is between preserving a public good or padding corporate profits, we must choose the public good. This legislation would nullify the FCC’s misguided ruling and ensure we make that choice.”

A copy of the legislation can be found HERE.

The Protecting Community Television Act clarifies that the franchise fees that cable companies provide local governments only include monetary assessments, not in-kind contributions.

Endorsers of the legislation include National Association of Counties, National League of Cities, Alliance for Community Media, and MassAccess.

“In a time when local news and information sources for Americans are dwindling, it’s important that Congress ensure that community television channels are protected and not diminished. This act will ensure that communities are not punished monetarily when they choose to exercise their rights under the Communications Act to create local cable channels and will help the 1700 local organizations that operate PEG access channels in all 50 states,” said Mike Wassenaar, President and CEO of The Alliance for Community Media.

“Senator Markey continues to be a leader in advocacy for community media in Massachusetts and across the nation. In a time where media centers face increased demand for services and simultaneous decreasing funding, the Protecting Community Television Act is more important than ever,” said David Gauthier, President of Massachusetts Community Media, Inc. “MassAccess whole heartedly supports this legislation and thanks Senator Markey and Representative Eshoo for their leadership and passion. Community media in the United States sits at a crossroads. While digital entertainment technology has growing at great speed, legislation governing its sale has been slow to evolve. Worse, rulings by the FCC and other government bodies have caused decreased funding and local control. The Protecting Community Television Act goes a long way to correcting what we feel are unfair policies and ensures that access to local media and government transparency exist well into the future.”

“Despite dwindling resources and a lack of sustainable funding, organizations like Midpen Media have made an immeasurable impact on the communities we serve,” said Keri Stokstad, Executive Director and CEO of Midpen Media Center. “Providing access to media training and tools, coverage of local government meetings and community events, and facilitating engaging conversations for the issues affecting our everyday existence has been an integral part of Midpen Media’s core mission. Now is the time for stronger provisions to support these efforts. Midpen Media Center, based in Palo Alto, California, is grateful for the support shown by our Rep. Anna G. Eshoo (CA-18) and Senator Edward J. Markey (D-Mass.) for reintroducing the Protecting Community Television Act.” 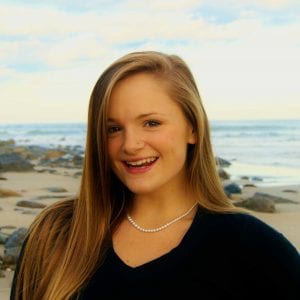