Across the country, Public Access Community Media centers have proven to play a central role in distributing vital information to their residents pertaining to the COVID-19 pandemic. For example, preceding the first stay-at-home order in Massachusetts, NCM Hub in tandem with Mayor Donna D. Holaday produced the broadcast titled “City Response to COVID-19”, on March 19th, 2020. Collectively there are over 50 informative installments in the series that continue to educate and advise residents throughout the ongoing pandemic.

Even as a valuable asset, Public Access Community Media is increasingly underfunded. The bulk of funding for these Media Centers is provided by media corporations for their local cable PEG (Public, Education, Government) channel programming. As people cut their cable subscriptions for streaming services like Netflix, Hulu, Roku, etc, media centers like NCM Hub are seeing their budgets decrease steadily each year. Community media’s fate is largely in the hands of these media corporations and because of this, community media is in grave danger across the country. The need to adapt to these challenges of a changing media landscape is imperative for the survival of community media.

As a part of this coalition, the organization will share multimedia content and resources about NCM Hub’s mission to allow members to “learn, create, share and engage”.  For city officials and school committee members, NCM Hub has hosted and will continue to host Open House events for tours of the studio. To learn more about NCM Hub or to schedule a tour for yourself, please call the station at (978) 961-0350. Further, to read and sign NCM Hub’s Coalition Letter, visit http://ncmhub.org/coalition/. 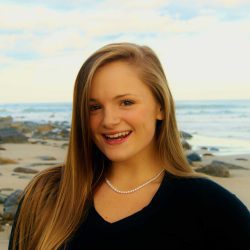