The 2018 Earth Port Film Festival, now in its 7th year, is on Sunday, April 22nd at the Firehouse Center for the Arts. It features eight short films, ranging from 3 to 17 minutes, that tell engaging and inspiring stories of people in communities around the world taking action to address the environmental challenges facing the Earth today. A pre-show reception with light refreshments begins at 5 PM and film screenings begin at 6.

This year’s selections include several genres — animation, documentary and parody — from Hawaii, Alaska, Norway and mainland US, created by youth and adult filmmakers. The lineup includes stories of water protection, the perils of convenience, the importance of urban farming, zero waste activists and cultivating nature connection  Details about the films are available at www.earthportfilm.org.

The film festival awards four recognitions: the Audience Choice Award is voted on the evening of the film festival; the Best Youth Film, Best Very Short Film and Best Short Film awards are chosen by the judges. This year’s winners are:

Best Youth Film:  Zero Waste — A story about a group of teens involved in a new Zero Waste Event program In Hawaii and how it is already changing the way waste is viewed at some of Maui’s most popular community events.

Best Very Short Film:  Sankofa Community Farm — This farm in Philadelphia is building a more just and community-powered food system, helping people to develop self-reliance through food sovereignty and deepening their relationship with the land, their food, and each other.

Best Short Film: It is not only about fish — This film is about the fight of the indigenous Sami people and young environmental activists in Finnmark, Norway, against a plan for mineral mines to dump millions of tonnes of deposits into the Repparfjord—a national salmon fjord.

At this year’s festival we will be highlighting the work of our local watershed protectors, the Merrimack River Watershed Council. Several selections from the 2-minute video competition “The Merrimack River — Our Lifeline” will be shown.

Ticket prices are $10 for students and $15 for adults in advance ($12 and $17 at the door). Tickets for the festival can be purchased from the Firehouse Box Office at Market Square, by phone at 978-462-7336 or online at www.firehouse.org.

The Earth Port Film Festival is produced by PortMedia and Transition Newburyport and is sponsored by Merrohawke Nature School. It was founded to highlight and raise awareness of both pressing environmental issues and the important role of community media. The intent of the film festival is to demonstrate the power of film in communicating important issues. 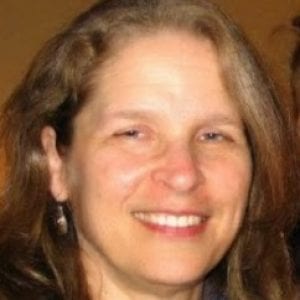